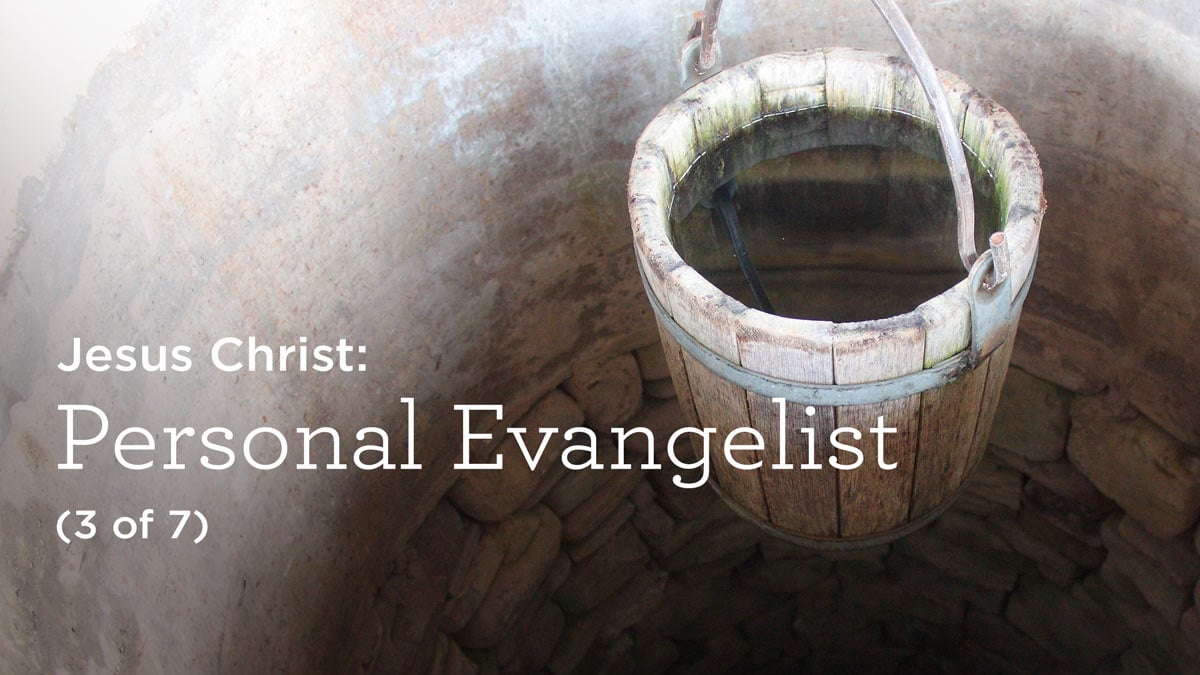 When we look at the life of Jesus, we may wonder at the great variety of ways in which He interacted with others. He conversed with them. He broke bread with them. He confronted them. He healed them. He even attended parties with them. In fact, it is a testament to Jesus’ very humanity that His comings and goings among everyday people seem, in both their breadth and their depth, to so closely resemble our own.

If we read the Gospels carefully, however, we will see that this variety of interaction is unified by a common theme: from the very beginning of His ministry, Jesus was preoccupied with spreading the Gospel and seeing unbelieving individuals become His followers.

The Woman at the Well

One episode from the Gospel of John clearly illustrates this commitment of Jesus to the task of personal evangelism: that of the Samaritan woman at the well, found in John 4.

The story is a familiar one to many of us: While journeying through Samaria, Jesus, tired from the road, stops at a well. A Samaritan woman approaches to draw from the well, and Jesus engages her in a conversation. He asks her for a drink, but soon shifts the topic to the spiritual “living water” (v. 10) that leads to “eternal life” (v. 14). By the end of the dialogue that follows, the woman has had her sins uncovered and proclaimed her hope in the coming Messiah—only to have Jesus reveal, “I who speak to you am he” (v. 26).

From the very beginning of His ministry, Jesus was preoccupied with spreading the Gospel and seeing unbelieving individuals become His followers.

John does not tell us the woman’s immediate response; we only know that when the disciples returned, they “marveled that he was talking with a woman” (v. 27). But her subsequent actions make it clear that the encounter had left her transformed: she “left her water jar and went away into town and said to the people, ‘Come, see a man who told me all that I ever did. Can this be the Christ?’” (vv. 28–29).

Several elements from this encounter will prove useful to us in our own efforts to share the Gospel with our friends, family, and neighbors:

While the Samaritan woman returned home, Jesus continued to teach His disciples about evangelism, comparing the lost to sheaves of unharvested wheat:

Look, I tell you, lift up your eyes, and see that the fields are white for harvest. Already the one who reaps is receiving wages and gathering fruit for eternal life, so that sower and reaper may rejoice together. For here the saying holds true, “One sows and another reaps.” I sent you to reap that for which you did not labor. Others have labored, and you have entered into their labor. (vv. 35–38)

The fields are white for harvest. Have you entered into the labor?