In Luke 7, we read that when John the Baptist was in prison, he sent word to Jesus through his disciples, asking “Are you the one who is to come, or shall we look for another?”1 His question is a surprising one—after all, this is the same man who, John tells us, had earlier seen Jesus and declared, “Behold, the Lamb of God, who takes away the sin of the world.”2 Now, sitting in prison, he seems to have his doubts. Why? 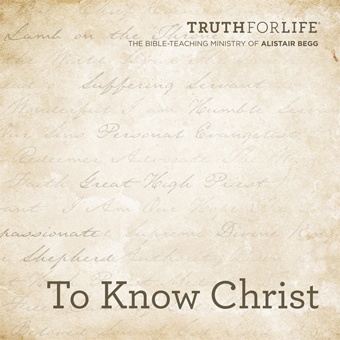 Listen to the sermon Compassionate Shepherd

One possibility may lie in his expectations of Jesus. John the Baptist was a humble man, but he was also very forceful: his preaching was about destruction, wrath, fire, and judgment—very striking, and very clear. Jesus, though, seemed to be on about something entirely different in his ministry and preaching.

What John had to learn—and what we have to learn, as well—was that the coming of the kingdom of God would not be heralded by spectacular and dramatic victories over the powers and authorities of the world, but through something much more transformative and impactful: Christ’s great compassion.

Throughout their accounts of Jesus, the Gospel writers present us with encounter after encounter demonstrating his unparalleled compassion. In these incidents, the power of Christ is revealed, even as his compassion is extended beyond manmade barriers.

Consider, for instance, Luke’s short account of the healing of a widow’s son, which begins,

[Jesus] went to a town called Nain, and his disciples and a great crowd went with him. As he drew near to the gate of the town, behold, a man who had died was being carried out, the only son of his mother, and she was a widow, and a considerable crowd from the town was with her. And when the Lord saw her, he had compassion on her and said to her, “Do not weep.”3

The woman described here is in true need. She is a woman, first of all—and there would have been few openings for women in a town like hers. She is also a widow, and therefore has no husband. Now she is sonless. She has now no means of protection or provision. From a human perspective, she faces sadness, loneliness, and the end of the family line. She is the epitome of the “the poor” to whom, according to Jesus’ earlier words, he had come “to proclaim good news.”4

What Jesus does here is more than just restore a deceased son to a mourning widow. He does meet the widow's need; more importantly, though, we also see Jesus revealing Himself to us in all of His power and authority-even authority over death.

Then, though, into the extremity of this woman’s life comes Christ—and when he sees her, Luke tells us, his heart goes out to her. The deep compassion he feels was likely similar to that which he feels for the crowds of people who come to hear him preach in Matthew 9: “He had compassion for them, because they were harassed and helpless, like sheep without a shepherd.”5

But Jesus’ compassion is not the end of the story. He not only has the heart to sympathize with this woman’s need—he also has the power to meet it.

As the narrative continues, a striking scene unfolds:

Then he came up and touched the bier, and the bearers stood still. And he said, “Young man, I say to you, arise.” And the dead man sat up and began to speak, and Jesus gave him to his mother. Fear seized them all, and they glorified God, saying, “A great prophet has arisen among us!” and “God has visited his people!” And this report about him spread through the whole of Judea and all the surrounding country.6

What Jesus does here is more than just restore a deceased son to a mourning widow. He does meet the widow’s need; more importantly, though, we also see Jesus revealing himself to us in all of his power and authority—even authority over death. Jesus possesses power over the invisible sphere of the spirit world to which the soul goes. He, of all people, is able to call back that which is apparently gone. He is the only one who could do it—and he did it. The onlookers’ reaction says it all: “God has visited his people!”

This should make Jesus’ compassion all the more magnificent to us. How wondrous it is, that somebody as vast in his resources, someone who could halt the tragic procession to the grave itself, would stoop to the level of a no-name woman in her miserable circumstances on a routine day as she buries her only boy!

Scenes such as this one show us that Jesus doesn’t simply comment on the great enemies of mankind, sickness and death; he overcomes them. He hears the cries of the sorrowful, and he comforts them—not only in an earthly, temporal sense, but also in a final, perfect, and eternal form by offering himself as the means of salvation to those who believe.

There’s a hymn quote for everything, and this truth is no exception. Let these words help you as you reflect on and give thanks to our Savior, the Compassionate Shepherd: 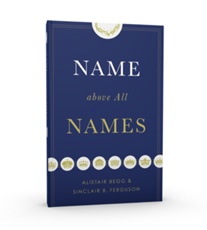 © 2018 Truth For Life, The Bible-Teaching Ministry of Alistair Begg. All Rights Reserved.