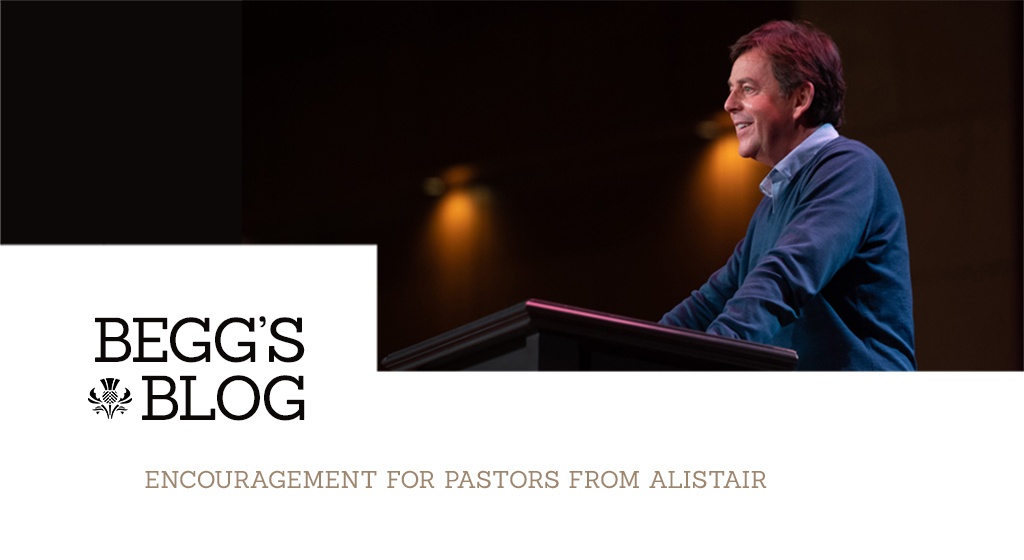 “We proclaim Jesus Christ as Lord.”

In our last post, we noted Paul’s insistence that Gospel ministers must avoid the temptation to preach ourselves. But what, then, are we to preach? The apostle provides us with a clear, definite answer: “We proclaim … Jesus Christ as Lord.”

Jesus declared, “I am the way, and the truth, and the life” (John 14:6). Our congregations, friends, and neighbors are often quite prepared to agree with us on that point—until, that is, we finish the verse: “No one comes to the Father except through me.” Our contemporary culture simply cannot cope with such a conclusion. (An undefined Christianity is able to be absorbed, but a defined Christianity will always be unpopular.)

As Gospel ministers, we are called to preach Jesus Christ as Lord, with “ourselves as mere servants for Christ’s sake.” In the context of the pluralism in which we are now living, that alone will give the biting edge to our ministry. When the apostles preached, there was a divine invasion, a waft of the supernatural, a mysterious power like the stirring of a dawn wind. They were not simply saying, “Here’s a historical record”; there was a sense in which God was there with them. Don’t you long for that? I know I do.

In his commentary on 2 Corinthians, John Calvin writes, “The more determined men become to despise the teaching of Christ, the more zealous should godly ministers be to assert it and the more strenuous their efforts to preserve it entire, and more than that, by their diligence to ward off Satan’s attack.”1 In other words, the harder the times, then the clearer and more persuasive our proclamation needs to be. When our people seem deaf and dull, instead of capitulating to the spirit of the age, we must become even more committed to proclaiming the Bible and the power of the Spirit, believing that by this means God brings life from the dead.

To conclude our series, then, let us consider an illustration from the life of an exemplary minister of the Gospel: D. L. Moody.

In the nineteenth century, there was perhaps no preacher in all of the world who was more likely to be rejected by my native country of Scotland than Moody. As one of his contemporary biographers noted,

He who would edify a congregation of Scotchmen must come to them with the beaten oil of the sanctuary; and pour it out from vessels of a proper and traditional form. He should be a man of high attainments in learning; the stamp of some college should be upon him; and more than all, he should come with the endorsement of some eminent body of divines.2

All of these things were lacking in Moody. Yet when he and Ira Sankey concluded the Edinburgh leg of their 1873 evangelistic tour, the farewell meeting (writes the biographer) had to be held on the great, grassy slope of Arthur’s Seat, “no building being at all adequate to accommodate the vast congregation.”3

It is a glorious story. May God make us men who are eager to tell it.