Ilkley Grammar School is situated on Cowpasture Road at a vantage point providing wonderful views of the valley which contains the River Wharfe. The area has been continuously settled since at least the early Bronze Age, and the remains of a Roman fort occupy a site near the town center. Christian worship there dates to AD 627. Living there, it was difficult to bypass the lessons of history. Imagine, if you can, my history teacher, Norman Salmon, sitting perched on a window ledge with his students in rows, his gaze drifting out over the valley. The only fact I remember is the one he told us we must never forget: Bradford City won the FA Cup in 1911! 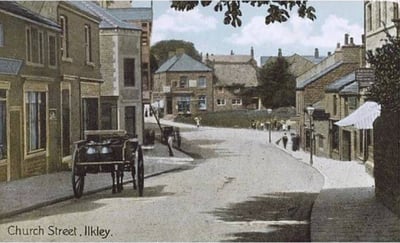 I wish I had paid more attention in that class, not just to the facts but also to the lessons to be learned from previous eras. Those of us who are of a certain vintage find it hard to fathom the way in which today’s students are being encouraged to rewrite history rather than to learn from it. In a recent article, British journalist Melanie Phillips observed, “The liberal elite are remorselessly pumping out the message with which countless children and students are being indoctrinated—that white people are racist, that America was born in sin, and that it is fundamentally so evil it must be transformed altogether.”

As Christians we are “memorial people.” The bread and the wine of Communion point to a moment in time that is the central event of world history. This history of the people of God is littered with memorials. Throughout the Old Testament, God directed His people to avail themselves of signs, symbols, and stones so that they would not forget. When the children asked why the stones were there, they would learn of the way in which God had brought His people through the Jordan on dry ground: “SO THESE STONES SHALL BE TO THE PEOPLE OF ISRAEL A MEMORIAL FOREVER” (Josh. 4:7).

I often asked my maternal grandfather to tell me about the war (WWI, 1914–1918). He often wept as he recalled the atrocities. Our task is not to deny or to denigrate the past but to recognize that we live in a fallen world and that the transformation we long for in America is that which will be brought about by the power of the Gospel. How thankful I am for your partnership in this endeavor of eternal significance! This month we have chosen two books, God’s Bible Timeline and the children’s book The God Contest, with the memorial theme in mind, and I am using them myself.

You will not be surprised to learn that Memorial Day weekend has a fixed place in my heart. I did not enjoy the privilege of serving my country in battle, but I stand in the graveyard to honor the memory of those who did. After all, at the very heart of our “story” is the one who laid down His life in order that undeserving sinners might live.

As aye,
with my love in the Lord Jesus,