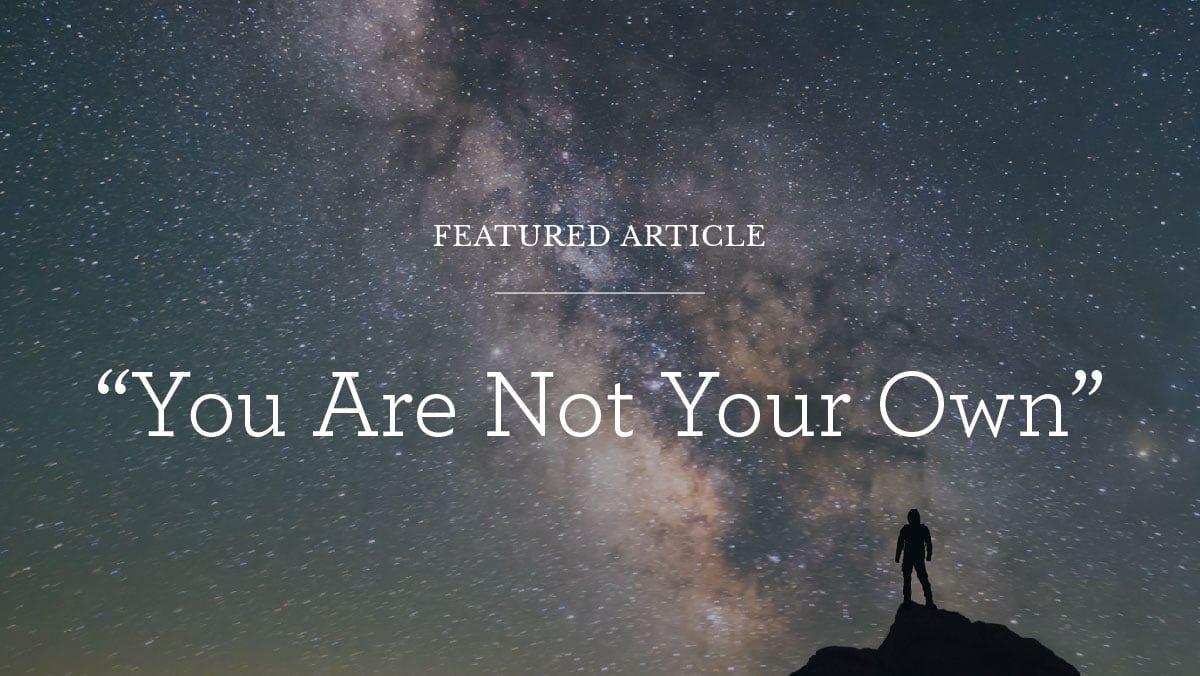 It is a countercultural, widely unacceptable notion to say you are not the owner of your own body. Again and again we instead read or hear things like this: “You are your own person. What you do with your body is entirely up to you. It’s nobody else’s business.” So when we read Paul’s reminder to the Corinthian church in 1 Corinthians 6:19–20, it hits like a ballistic missile, exploding the mythologies of our day.

In these verses, Paul reminds his readers of three facts that are true of every believer. Fact number one: “Your body is a temple of the Holy Spirit within you.” Fact number two: “You are not your own.” Fact number three: “You were bought with a price.”

Notice that Paul references two well-known first-century settings, the temple and the slave market, to help us reorient our minds as it relates to our bodies and those three facts.

Regarded as sacred and set apart, the temple likely would have made for a striking analogy to Paul’s first readers. He purposefully writes, “Your body is a temple of the Holy Spirit,” and not simply “You are the temple of the Holy Spirit,” because at the time, in Greek thought especially, there was a perceived dichotomy between body and soul. The soul was understood to be the spiritual element of man, while the body had little to no moral significance at all. As a result, people adopted one of two attitudes toward the body: they treated it either with severe asceticism (i.e., they beat their body up, approaching it from a kind of monastic dimension) or with total carnality (i.e., they did anything they wanted with anyone they wanted at any time they wanted). After all, if the body has no moral significance, then what happens to the body has no impact on the soul—or so they thought.

The value God places on our bodies is difficult—perhaps impossible—to fully comprehend in this life.

Paul contradicts this pattern of thinking by upholding the believer’s body as the very temple of God’s Spirit. Two Greek words are commonly translated to our English word “temple.” One is hieron, which can refer to either the temple building itself or all the temple precincts and courts. The other is naos, which specifically refers to the place of God’s abiding presence. In this instance, Paul uses the latter, indicating that our bodies are the place in which God Himself dwells by the Holy Spirit.

Because we have become the dwelling place of God, a great dignity settles on our lives—and what we do with our bodies comes to matter infinitely more than our society realizes. Everywhere we go, everything we do, everything we see, and everything we touch involves God’s presence, because our bodies are now temples for His Spirit.

After Paul has established the great dignity of the believer’s physical body as a temple, his reference to the slave market may seem like quite the contradiction. Yet, as he helps us discover, our immense value in God’s estimation is the reason we find ourselves there. Paul writes that we have been “bought with price.” The word he uses, ēgorásthēte, implies a transfer of ownership—one that, for the Christian, has been accomplished through the redemptive work of Jesus.

In biblical times, there were three main ways that someone could be a slave: an individual could be born into slavery, brought into slavery by conquest, or enslaved because of a great debt. Each of these forms of slavery perfectly portray our condition apart from Christ: as fallen creatures, we were born into sin; by both nature and will, we were “slaves to various passions and pleasures” (Titus 3:3); and because of our sin, we accumulated a debt no one wants to pay—death, both physical and spiritual (Rom. 6:23).

Like an ancient slave bonded to a wicked master, our lot would have been sorry indeed—except that God Himself came to claim us as His own! Though we were once slaves to sin, held in its grip, Christ the Redeemer has purchased our freedom from sin by His sacrifice on the cross. The moment we taste salvation, we find confidence in the fact that we “have been set free from sin and have become slaves of God” (Rom. 6:22), for “we know that our old self was crucified with him in order that the body of sin might be brought to nothing, so that we would no longer be enslaved to sin” (Rom. 6:6).

Our transfer of ownership came at a tremendous cost: God sent His only Son in order that we might be “delivered … from the domain of darkness and transferred … to the kingdom of his beloved Son” (Col. 1:13). And as citizens of His heavenly kingdom, not only do we now serve the one and only perfect Master; we also have the privilege of going forth in His name to call others to join His service.

A Call to Glorify God

You and I, outside of Christ, were on the auction block, and the world came to bid for us, offering sex, status, finances, and prominence in exchange for our very selves. But Christ paid the highest price by His blood so that we would be adopted into His family and hear Him say, “I love you. I will live with you, and you will live with Me.”

But God didn’t stop at simply purchasing us out of slavery. Though we are bumped and bruised by our former slavery to sin, He has made our bodies the place that His Spirit dwells. We have become holy places that carry God’s love and presence into the world.

We should never use our freedom in Christ as an excuse to turn back to our sinful ways.

“Autonomy means freedom and equality,” says much of the world. “You are not your own,” says God. The value He places on our bodies is difficult—perhaps impossible—to fully comprehend in this life. But we do know this: we should never use our freedom in Christ as an excuse to turn back to our sinful ways. Instead, our hearts should be filled with a renewed sense of devotion to God and a recognition of His great love, which liberates and transforms us. As we embrace the biblical perspective on our bodies, we can live in a way that echoes Paul’s call: “So glorify God in your body.”

This article is adapted from the sermon “Bought at a Price” by Alistair Begg. 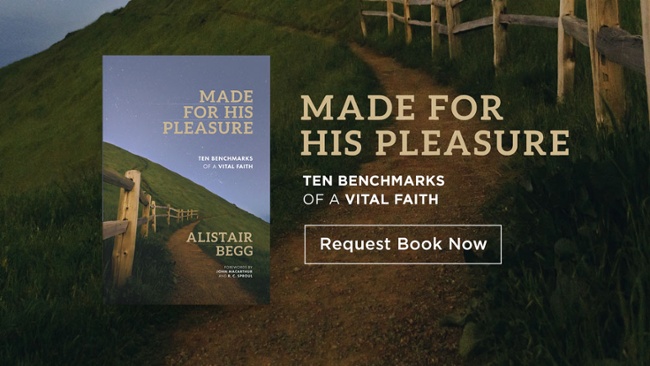