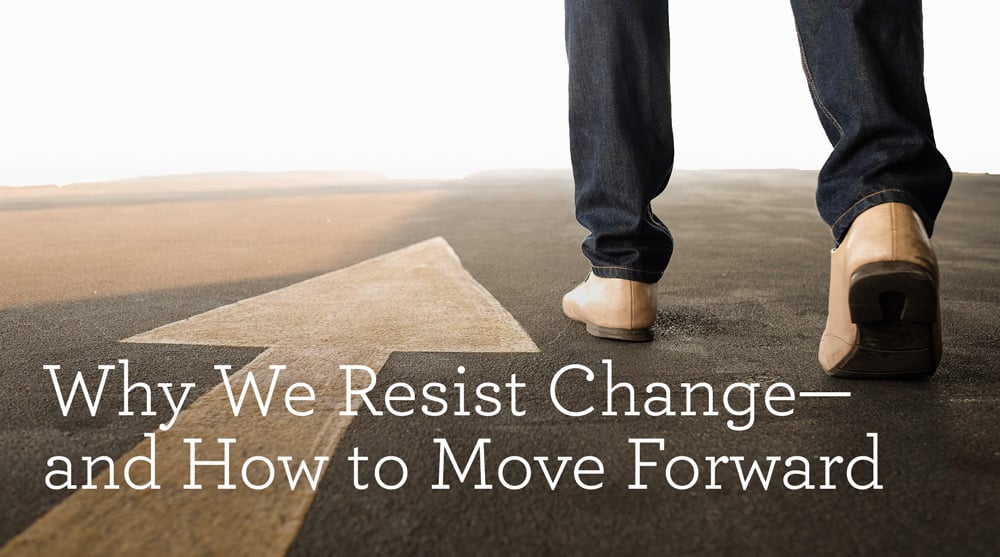 In the New Testament, successful Gospel ministry required much change. Though he was free, Paul made himself a servant to all (1 Cor. 9:19–23). To the Jews he became as a Jew. To those under the law he became as one under the law. To those outside the law he again changed accordingly. To the weak he became weak. All that is to say, for the sake of Gospel ministry, he changed. He adapted. He did what he had to do to see Christ’s name glorified.

As we can all attest, however, change is a very difficult thing for most people. Paul even followed up his list of changes by likening his ministry to a rigorous athletic contest (1 Cor. 9:24–27). Change isn’t easy—and churches aren’t often the best examples when it comes to making changes. But if we want to see God do great things through us for the Gospel, then we must “press on” (Phil. 3:14) and tackle opposition to change.

To help us consider change, here’s a list of eight reasons churches resist change and eight ways leaders can overcome that resistance. What follows is largely practical wisdom that may seem quite obvious. But sometimes, as Peter says, we simply need to be stirred up “by way of reminder” (2 Peter 1:13; 3:1).

So why do people resist change? And why do we ourselves resist change when we are on the receiving end of it?

One simple reason is that if we didn’t initiate the change, if we didn’t think it up, then we can’t own it, and we therefore don’t like it. Change is okay if we think it up ourselves—but if we must trust someone else’s plan, then forget it! One way we can help people overcome this barrier is by seeking their input and getting them to the point where they embrace an idea as theirs. If they have some ownership, then they will be more likely to move forward with us.

We tend to be creatures of habit. We see anybody who disrupts the way we approach things as a threat. If we like our routine and it appeals to us more than the potential change does, then we oppose the change. Routine can become sacrosanct.

We know the results we get from our routines and traditions. They are predictable. But when decisive leadership brings new ideas, approaches, or concepts, it pulls us out of the familiar. We are pushed beyond our comfort and forced to take a step toward what we cannot fully see.

We’re often so tyrannized by the prospect of failing that we just won’t change anything. This can be a paralyzing factor for leaders and followers alike. But at some point, we need to take God at His word when He says, “Fear not, for I am with you” (Isa. 41:10), and trust that He will see us through—even when failure occurs (which it inevitably will, sometimes).

5. We believe the reward isn’t worth the effort.

We oppose change because we perceive the reward to be inadequate for the effort. In other words, what we get out of it doesn’t seem good enough for what we are going to have to put into it. In some cases, such hesitation may very well be justified. In other situations, though, leaders must do everything they can to cast a compelling vision that demonstrates clear benefits.

6. We’re satisfied with the status quo.

We can simply be satisfied with the way things are. The status quo isn’t always deficient, of course; we should be grateful for a job well done when things are running smoothly. But if we’re honest, we all know that we can too easily become complacent and comfortable with the way things are, even when they sorely need improvement.

7. We lack respect for leadership.

It’s certainly true that new leaders sometimes arrive one moment and change things before they have time to build meaningful trust. But it is equally true that in the church, God calls us to “obey [our] leaders and submit to them” and to allow them to shepherd “with joy and not with groaning” (Heb. 13:17). Do our words and deeds make it easier for our pastors to practice joyful leadership?

8. We cling to tradition.

Finally, we tend to hold tightly to traditions at church—sometimes a bit too tightly. Certainly, some traditions are worth keeping. In fact, we would do well to have more ties to tradition in some respects. Yet traditions don’t always transcend cultural changes that take place over time. We need to evaluate our corporate habits from time to time.

If you’ve ever been in a position of leadership, you know that it doesn’t take long to learn important lessons—sometimes the hard way. Every church leader will surely founder on the rocks at times. But God is faithful to see us through, ensuring that we can press on in our efforts to influence people for the good of the kingdom.

Here are eight principles that can help to that end:

Gospel ministers must think through precisely what requires change. When eagerness to implement change takes the reins, it’s often easy to neglect to diligently consider all the angles and plan accordingly. A lack of precision and thoroughness in planning can end up casting chaos rather than a vision.

Ministry leaders—especially pastors—need to know their people and garner their trust. Leaders are apt to assume too much too soon, which can lead into a world of trouble. The trust and relational capital that’s needed to implement change can only accrue over time.

If the need for trust causes you to stall a bit, then it must be balanced with the need for leaders to indeed be agents for change. If everything remains the exact same despite great efforts being made, something is wrong. Change for the better needs to happen. Although it’s slow and incremental in many cases, good leaders generally should keep moving forward.

Church leaders need to identify the people in their congregations who can influence others. Once that’s been done, communicating the vision to them is key so that they can help spread the vision to others. If you are a pastor, then your fellow pastors or elders should lead and influence with you. They can also temper any of your unbridled enthusiasm and help clarify any blurry spots in your vision.

People must be shown how a change is going to yield fruit. They need to see that a given change is going to help achieve the overarching vision and goals that have been established. Every local church must have a clear vision and clear goals, and pastors must distill the great principles of the New Testament in identifiable, stated objectives.

Change needs to take place in increments with a long-term schedule in mind. It takes time to lay the groundwork and even more time for a response. Oftentimes, more listening takes place than talking. These seem like elementary principles, but as has often been said, many leaders overestimate what can be done in a single year and underestimate what can be done in five or ten years.

If people are going to follow a leader, then they’ll want to know where they are headed along the way. Leaders must clearly explain what they are doing, why they are doing it, and when they intend to do it. It is true that you can give away too much too fast—before you have built trust, planned with precision, and so on. But you are better off communicating too often than too infrequently.

Finally, pastors and leaders need to create a healthy discontent for the status quo. The elders of the church have the responsibility to put the whole operation under review. This is not to be done in a threatening way, nor in a tyrannical way, but in a way that refines and reconditions for the good of the kingdom—a way that is done prayerfully and brings about encouragement for both the leaders and congregants.

We all know that change won’t come without cost. But the truth is, change is a necessary part of the Christian life. Healthy Christians change. We don’t hope that tomorrow we’ll be where we were yesterday. We want God to keep advancing us in holiness and effectiveness for Christ. The same is true for our churches: we want them to ever increase their yield for the kingdom, and inevitably, that will require change—even significant change at times.

Despite the difficulty, we press on for Jesus’ sake. His kingdom is worth it.

This article is adapted from the sermon “Tackling Opposition to Change” by Alistair Begg.