An excerpt from “Why We Pray" by William Philip 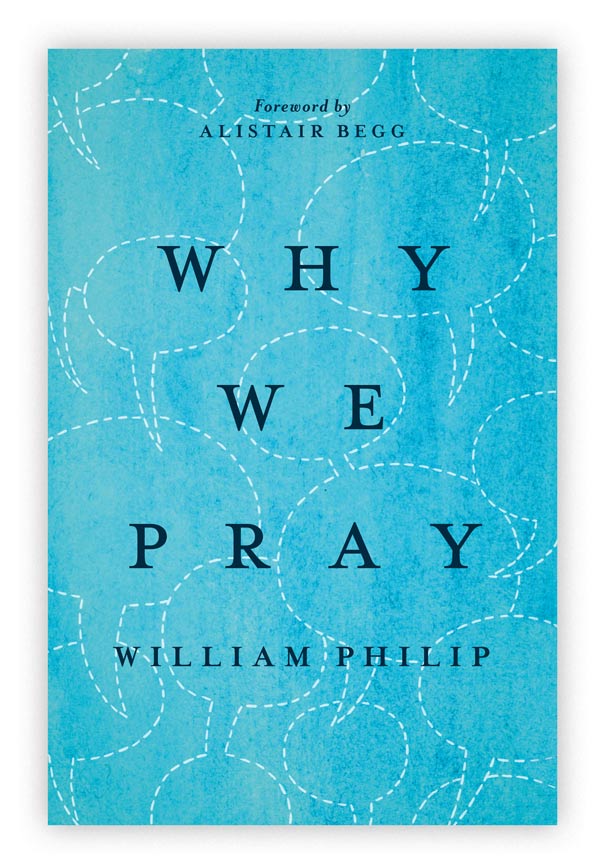 When you think about it, this is what speech does; speech creates relationship. In fact, speech requires rela- tionship. You can’t speak to someone without creating a relationship. It might be a very short and cursory relationship, like the one you have with the bus driver when you get on and say, “Does this bus go to Buchanan Street?” and he says, “Yes—hop on!” You’ve created a relationship. It’s rather shallow, but it’s a relationship. At the other end of the spectrum are relationships that are lifelong and deep. I suppose the most obvious of those is marriage. But whatever the nature of the relationship, you can’t create or sustain an ongoing relationship without speech (or at least some form of surrogate for the spoken word).

Genesis 1 tells us of a God who created the world in perfect relationship with himself and of a creation that, as it were, speaks back its praise to God its creator. God saw everything he had made, we are told, and it was very good. That was creation’s speech back to God. The whole of the created order was telling God, by everything in its very nature, “This is very good!”

Many parts of the Bible echo this truth. Psalm 19 reminds us of it when it tells us, “The heavens declare the glory of God, and the sky above proclaims his handiwork” (v. 1). Psalm 96 calls on the whole of creation to speak forth praise to God: “Let the heavens be glad, and let the earth rejoice; let the sea roar, and all that fills it; let the field exult, and everything in it!” (v. 11). Psalm 98, likewise, speaks of the seas, the rivers, and the hills—of all creation—speaking back to the God who spoke them into being. So you could say that the whole of the created order, in a sense, prays; it speaks back its praise to God the creator, to the one to whom it owes everything, even its existence. Because God spoke everything into being, he spoke all creation, therefore, into a relationship with himself.4

4) This is why a “covenant of creation” is sometimes spoken of, since the very act of God’s creation by his word necessarily creates a relationship between himself and all that he has made, a relationship with the covenant God.