In the annals of history, there surely has never been a greater travesty of justice than that which is described in the 18th chapter of the Gospel of John.

Consider the accusers of Christ: Annas and Caiaphas. Annas is someone we might regard as “the godfather.” He was the ruling power in Jerusalem and recognized in Jewish history for the horrible way in which he ascended to prominence. Annas and his sons had accumulated vast wealth through dreadful practices, including extortion.

Caiaphas, Annas’ son-in-law, was also a nasty individual. If Annas was marked by shear blatant corruption, Caiaphas was craftier and had no interest in justice. Ready at any moment to elevate expediency over principle, Caiaphas adopted pragmatism over truth. He was a cynical politician, and a rude, sly, manipulative hypocrite.

In Matthew’s gospel, it is recorded that Caiaphas tore his robes as an outward symbol of being overcome by profound sorrow at the prospect of Christ’s death, when in fact he was inwardly delighted. Christ was simply an obstacle to Caiaphas’ popularity, and like many after him, Caiaphas did not want to cope with that reality and wanted rid of Him. 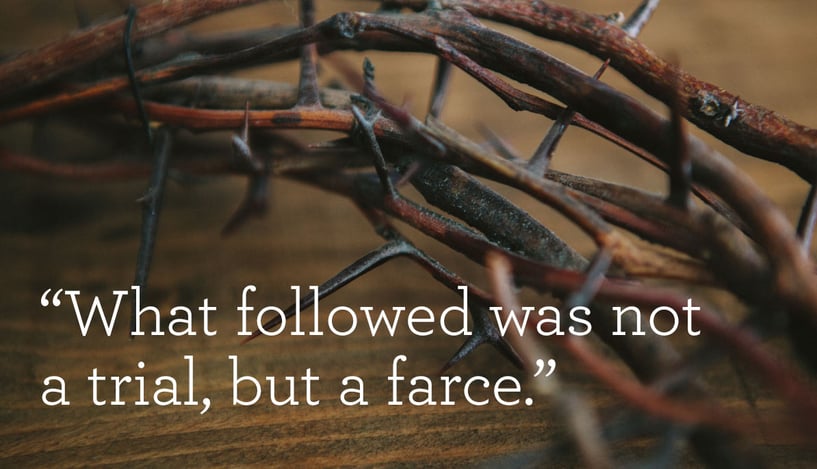 What followed was not a trial – but a farce. There was no intention of giving Jesus an opportunity to declare His innocence in response to the trumped-up accusations He faced. Motivated by envy, Annas and Caiaphas had already decided that Jesus must die. These religious leaders were losing ground and losing their hold on the people. They were confronted by their hypocrisy and couldn’t handle it. They were like many, able to keep a measure of decorum on the outside, but thinly disguising the vengeance, hatred, and death lurking in their cruel hearts.

This was not a trial, but an orchestrated plot that Annas and Caiaphas had devised. They searched for false witnesses. They had officers carry out an arrest. They delivered Jesus to Pilate and stirred up the people, manipulating the crowd to cheer for the release of Barabbas. They intimidated Pilate. They mocked Christ. They walked brazenly toward Calvary, having decided against Christ without ever listening to His words or genuinely considering His claims. In this respect, they were like many who have followed and continue to follow in their path.

But consider what we are able to learn from the example of Christ in John 18. First of all, what a lesson in integrity! As Annas questioned Jesus about the content of His teaching, Jesus replied by putting the emphasis where it needed to be, namely on the truth. He had spoken openly in the synagogues and in the temple and He suggested before Annas that they might check around to verify His claims. Oh, the blessing of a clear conscience! Let us never forget that in God’s service, what we are conditions what we do. In the service of Christ there can be no dividing line between professional competence and personal morality.

Jesus also provides us with a lesson in meekness. We witness here the drama of His power under control. This is not simply an act of quietness or human niceness. It is not a lack of conviction. Consider that it was Jesus who drove the money changers out of the temple. It was Jesus who fearlessly uttered God’s judgment. Yet we notice here the dignity and majesty of His posture as He was confronted by Annas, a despicable individual who wanted to make his mark in history by leaving his mark on Christ. What an amazing contrast! The earthly high priest with his puny power exalted himself, while the great High Priest with unlimited power humbled Himself. In doing so, Jesus provides us with an example that we might follow in His steps.

How quick we are to jump to our own defense, to seek to champion our own cause, and to pronounce judgment before the appointed time. It is long past the time when we might learn to do as Jesus did. In the face of abuse and scorn and suffering, choosing not to offer pain for pain, curse for curse, reviling for reviling, we are called to commit our cause to the only One who judges justly.

For a deeper unsterstanding of this article, please download the free series titled, Journey to the Cross. 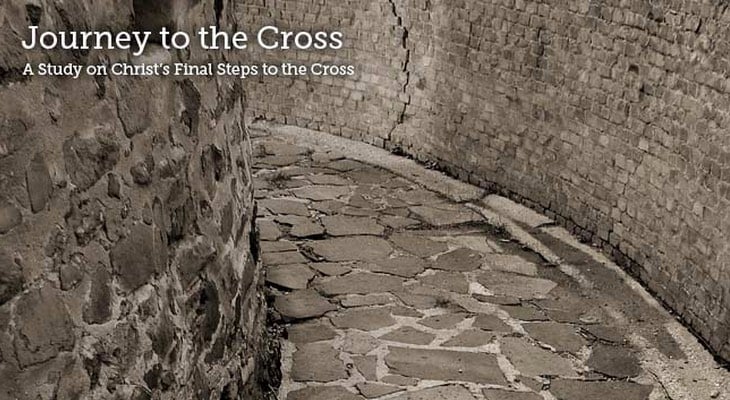