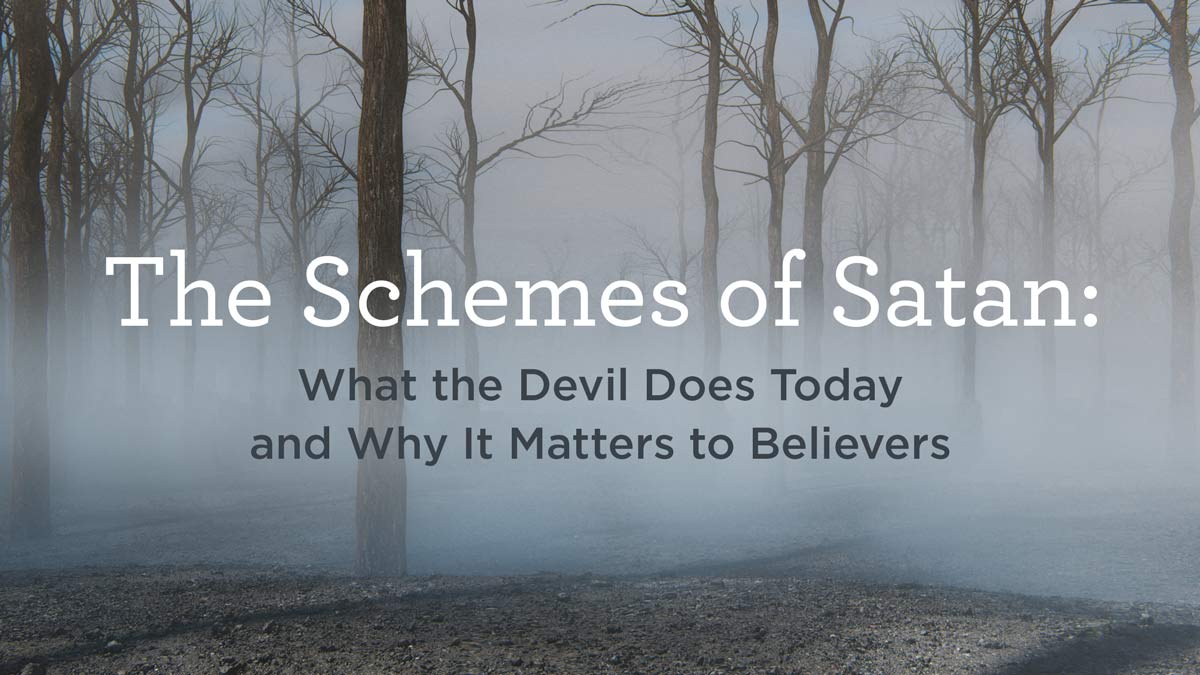 Talk of the devil or demons inevitably evokes images and ideas from popular culture and folk religion. Whether the mention of Satan conjures an image of a red, cartoonish, pitchfork-wielding monstrosity or a good-looking, smooth-talking deal maker, we all have preconceptions about him.

We want to be robustly biblical when addressing any subject, but the folklore surrounding Satan is all the more reason to have our Bibles open when we try to figure out who the devil is and what he and his minions are up to.

Where Satan Came From

The Bible doesn’t tell us everything we might like to know about Satan’s origin, but it does reveal that the devil is a fallen angel who had been exalted in rank and power above all other fallen angels. Jesus Himself reveals that He witnessed “Satan fall like lightning from heaven” (Luke 10:18).

Jude and 2 Peter 2:4 confirm the existence of rebellious angels. Both texts describe these fallen beings whom God keeps “in eternal chains under gloomy darkness until the judgement of the great day” (Jude 6).

In Ezekiel 28:11–19, the prophet Ezekiel describes Satan while prophesying against the king of Tyre. The text describes the devil as a created being (v. 13) who was “the signet of perfection” (v. 12) and whom God cast out “as a profane thing” (v. 16) on account of his pride and corruption (v. 17).

The primary takeaway here is that the devil is a fallen created being. That still leaves us with a lot of mystery, and yet we must content ourselves with the truth that God has revealed to us what we need—no more, no less—and some “secret things” belong only to Him (Deut. 29:29).

Knowing Satan’s history, we will be better prepared to understand his present activity. Revelation 12:9 identifies Satan as the “deceiver of the whole world.” He “masquerades as an angel of light” (2 Cor. 11:14 NIV) and blinds “the minds of unbelievers, to keep them from seeing the light of the gospel” (2 Cor. 4:4).

For God’s people, Satan is a relentless accuser who will stop at nothing to condemn us (Rev. 12:10). In fact, the Greek word for devil means “slanderer.” As one who has been “a murderer from the beginning” and the “father of lies” (John 8:44), it is in his very nature to “steal and kill and destroy” (John 10:10).

While we should never underestimate Satan’s deceitful devices, the Scriptures makes perfectly clear that he is defeated.

First Peter 5:8 calls believers to “be sober-minded” and “watchful” because our “adversary the devil prowls around like a roaring lion, seeking someone to devour.” This lurking, malicious behavior is the reason Paul warns the Corinthians not to withhold forgiveness, lest they by “outwitted by Satan” (2 Cor. 2:11, emphasis added).

The Bible doesn’t speak with much specificity as to how exactly the devil and his demons operate their schemes, but it is at least apparent that discord, anger, deception, bitterness, falsehood, and all manner of sinful maledictions follow in their wake.

Can a Christian Be Demon-Possessed?

If the devil and his demons are so brutal and vicious, then can a Christian be possessed by a demon? The biblical evidence seems to stack up to a resounding no. While we should never underestimate Satan’s deceitful devices, the Scriptures makes perfectly clear that he is defeated.

First and foremost, the devil has no power over the Lord Jesus Christ. During His earthly ministry, Jesus declared, “Now will the ruler of this world be cast out” (John 12:31). This defeat happened at the cross, where Christ “disarmed the rulers and authorities and put them to open shame, by triumphing over them” (Col. 2:15). The apostle John goes so far as to say that “the reason the Son of God appeared was to destroy the works of the devil” (1 John 3:8).

To these references we could add Christ’s enthronement over demonic powers in Ephesians 1:20–21, His defeat of “the one who has the power of death” in Hebrews 2:14, and the promise of Romans 16:20 that Satan will soon be crushed underfoot. The New Testament witness is plain: the devil is a defeated foe. In his cosmic chess match with God, checkmate has already occurred.

The devil is a defeated foe. In his cosmic chess match with God, checkmate has already occurred.

Though Christ and the apostles cast out demons as they ministered, nowhere in the New Testament are believers said to respond to Satan or demons by casting them out. In fact, 1 John 5:18 tells us that “the evil one does not touch” anyone “who has been born of God.” Likewise, 2 Thessalonians 3:3 says, “The Lord is faithful. He will establish you and guard you against the evil one.” When we consider these texts in tandem with those that mark the devil’s defeat, it proves inconceivable that a minion of Satan could take up residence in “a temple of the Holy Spirit” (1 Cor. 6:19)—that is, within a believing heart.

How Believers Deal with the Devil

Despite the devil’s inability to fully infiltrate the life of a believer, he apparently still has some measure of influence, and we must take care to avoid giving him a foothold in our lives. Paul warns the saints at Ephesus, “Do not let the sun go down on your anger, and give no opportunity to the devil” (Eph. 4:26–27). Evidently, when we manifest satanic qualities like anger, bitterness, deceit, and so on, we open the door for the devil to entice us further down sin’s path.

As Paul’s exhortation to put away sin implies, we do not lack the power to withstand Satan. By the power of the Spirit, we can resist sin, and we can resist the devil himself. It is to precisely such staid resistance that the apostles James and Peter call the people of God: “Resist the devil, and he will flee from you” (James 4:7); “Resist him, firm in your faith” (1 Peter 5:9).

When we manifest satanic qualities like anger, bitterness, deceit, and so on, we open the door for the devil to entice us further down sin’s path.

Satan is not omnipotent (nor is he omniscient or omnipresent, for that matter). As we stand firm in the power of the Gospel—in Christ’s finished work—then with the “shield of faith,” we will “extinguish all the flaming darts of the evil one” (Eph. 6:16).

Yet resist as we might, ultimately it is not our defiance that leads to the devil’s demise. We’ve already seen that while Christ dealt Satan a lethal blow at the cross, the devil remains active in his death throes of deception. His time, however, is short.

The day is coming when Satan and his demonic hoards will no longer have the power to blind and deceive. Revelation 20:7–10 describes how Satan will one day mount a final offensive against God and His people. But this time, the devil’s devices will result not in widespread blindness and sin but in his own doom: he will be “thrown into the lake of fire and sulfur” and “tormented day and night forever and ever” (v. 10).

Every believer in Christ already enjoys a measure of victory over the devil today, but on that day, we will be beset by his schemes no longer. On that day, we will know nothing but triumph, and we will live with God and His people in sweet victory for eternity.

Adapted from the sermons “Your Enemy the Devil” and “The Devil and Demons” by Alistair Begg.