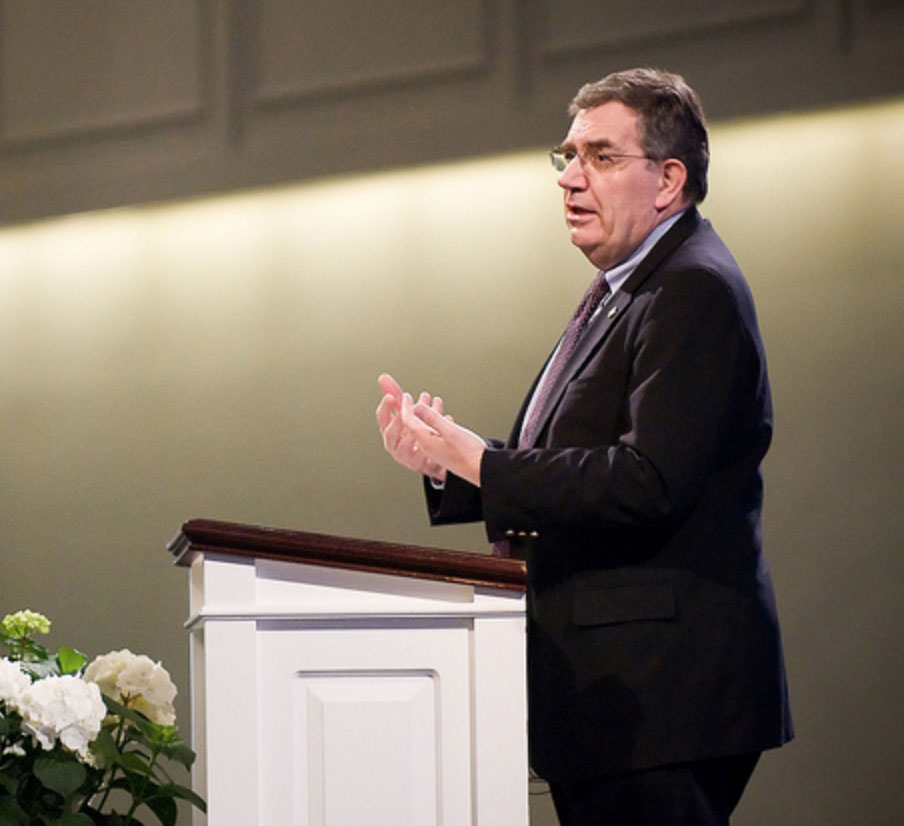 Dr. Sinclair Ferguson is a graduate of the University of Aberdeen, Scotland.  He served as minister of two congregations in Scotland, one on Unst, the northernmost inhabited island in the United Kingdom and the other in the center of Glasgow. In 2005 he became the Senior Minister of the First Presbyterian Church in Columbia, South Carolina. He retired from the church in 2013.  Dr. Ferguson has written more than two dozen books, including Name Above All Names with Alistair Begg and In Christ Alone.

Union with Christ in Christian Living

Paul writes in 2 Corinthians 12:2, “I know a man in Christ…” Dr. Sinclair Ferguson relates how he wondered for a time who was this man that Paul knew who was ‘in Christ’ and the joy which came after he finally understood Paul was speaking about himself! By far, Paul’s most favorite reference for the people of God, ‘in Christ’ is the most important description of the believer’s position before God. Often we are tempted to think of the gospel working itself out primarily in the horizontal dimension, yet Sinclair exhorts the pastor to reexamine the benefits of union with Christ.

Union with Christ in Pastoral Ministry

Preaching Christ from the Old Testament

In today’s culture, many pastors are tempted to ask of their congregations, “Where am I in the narrative?” rather than asking, “Who and where is the person and work of Jesus Christ in this narrative?”. It is infinitely easier to speak of man and his felt needs rather than on Jesus Christ, and yet Paul says that he resolves to know nothing except Christ and Him crucified. With clarity and precision, Dr. Sinclair Ferguson shares seven principles from Genesis 3:15 to aid the pastor as he preaches Christ from the Old Testament.

Topics: From the Archives