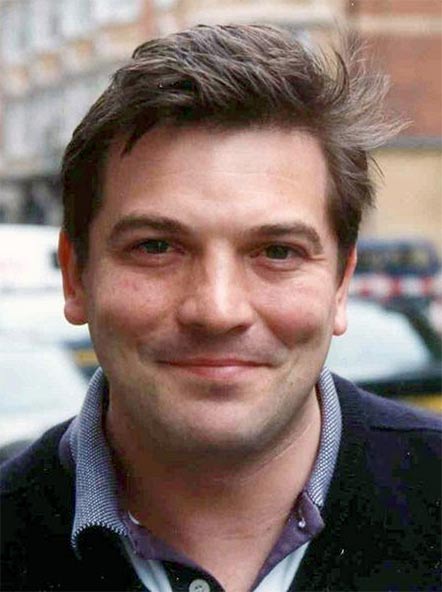 Rico Tice joined the All Souls staff team in 1994 as Associate Minister of Evangelism.  Born in Chile in 1966, the son of a business man and a nurse, Rico grew up in Uganda and Zaire. He was educated at Sherborne School, Dorset and spent a gap year working as a youth worker in inner-city Liverpool. He then studied history at Bristol University, where he captained the rugby side. In December 2008, he married Lucy at All Souls Church. His progress towards full time Christian ministry began with a period as a Lay Assistant at Christ Church Clifton in Bristol. He found it thrilling to teach the Bible and so after working briefly for Hewlett Packard, he moved on to train for ordination at Wycliffe College, Oxford. Again, he was a regular member of the university rugby team. He was ordained in 1994 and soon after was appointed to the staff team at All Souls. His main role is to help the hundreds of enquirers about the Christian faith who come through the doors of the church each year. He has spent the last few years developing Christianity Explored which he co-wrote with Barry Cooper, Christianity Explored product developer.

With passion and conviction, Rico Tice shares from Mark's gospel and 2 Corinthians 4 how to preach the gospel. With so many false gospels permeating the church, it is crucial now more than ever to know how to share the gospel. Rico reminds us that we preach Christ, but that it is God who opens blind eyes. As one goes through the gospel of Mark it is clear with each passing story that Jesus must be more than a teacher, carpenter, prophet, or good person--Jesus must be the Son of God!

So often it is easy to get the gospel message wrong; to lose one of the components of identity, mission and call will lead to disastrous consequences. Rico compellingly takes the listener to Mark 9 and 10 where we have an extended insight into the human thinking of the disciples. Eager to gain power and adulation, the disciple's desire for human greatness was so clearly antithetical to the gospel message Jesus was seeking to proclaim. The message Jesus was presenting was a series of choices: self-seeking or sacrifice, power or service, security or suffering?

"Why did Christ have to die if your sincerity or decency is good enough?" Rico Tice, who became a Christian in an English boarding school, answers this question as he talks about the exclusivity of the Gospel. He helps us discern between the tension of being gracious to unbelievers and still sharing the whole truth of the Gospel without distortion. Tice convicts us that we ought to hold theological truth and biblical integrity tightly with one hand and hold the methodology loosely with the other. Learn more from Rico in his helpful evangelism tool that uses the Gospel of Mark to explain Christ called, Christianity Explored.

Topics: From the Archives