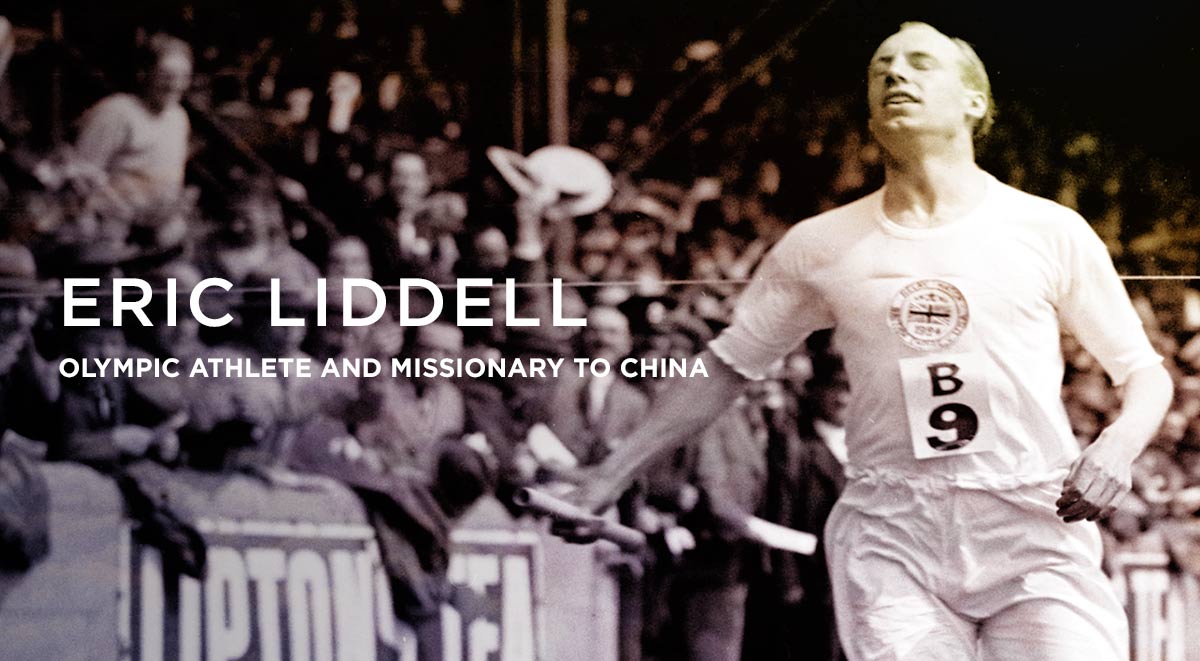 Eric Liddell, known as the “Flying Scotsman,” is most widely known for his refusal to run on Sunday in the 1924 Olympic Games in Paris. Liddell, a committed Christian, withdrew from his strongest event, the 100 meters—a decision that would years later make him the subject of the Oscar-winning film Chariots of Fire. As an alternative, Liddell registered to run in the 400 meters instead. Just moments before the race, an American handed him a piece of paper with words from 1 Samuel 2:30, which reads, “Those who honor me I will honor.” Liddell ran the race with the verse in his hand and claimed Olympic gold and a new world record with a time of 47.6 seconds. When Eric described his race plan, he said,

Liddell’s parents were Scottish missionaries working in northeastern China at the time of Eric’s birth in 1902. For twelve years, Liddell attended Eltham College, a Christian boarding school in London. He later studied at Edinburgh University, where he excelled in athletics, particularly short distance running, rugby, and cricket. In 1922 and 1923, he played for the Scottish Rugby Union in the Five Nations. It was his running, however, that distinguished him as an athlete, and after setting a British record for the 100-yard sprint in 1923, hopes were high for Eric’s strong showing in the 1924 Olympic Games—and he did not disappoint.

After bringing Olympic glory to Scotland, however, Liddell left athletic success behind and returned to China, where he taught both chemistry and organized sports at an all-boys school in Tientsin (now Tianjin). He married in 1934 and later began working as a village evangelist, traveling the countryside in Siao Chang, a dangerous region that was not suitable for his wife and two daughters, who remained behind. Eric was frequently at risk from hostile Communists and Chinese Nationalists, both of whom regularly troubled villages and were unsympathetic to the work of Christian missionaries.

In 1941 the Japanese invaded China, and Eric’s family joined his wife’s parents in Canada while he remained behind. Subsequently, the situation in China deteriorated, and Liddell was sent by the Japanese to an internment camp in the province of Shantung. Eric and 1,800 others, including many children, were crammed into a detainee camp that measured only 150 by 200 yards. Inside, Liddell organized sporting events, taught the children, and continued his evangelistic work by leading Bible studies. It was in this internment camp that Liddell wrote about obeying God’s calling for his life.

Just months before its liberation, Liddell died within the confines of the internment camp on February 21, 1945, from a large tumor on the left side of his brain—a condition he did not know he had. He had dedicated his life to obeying God’s will and teaching others to live in accordance with God’s Word. Liddell died serving the Lord. Now, nearly eight decades after his death, his legacy of faith lives on in books like John W. Keddie’s Running the Race: Eric Liddell — Olympic Champion and Missionary.