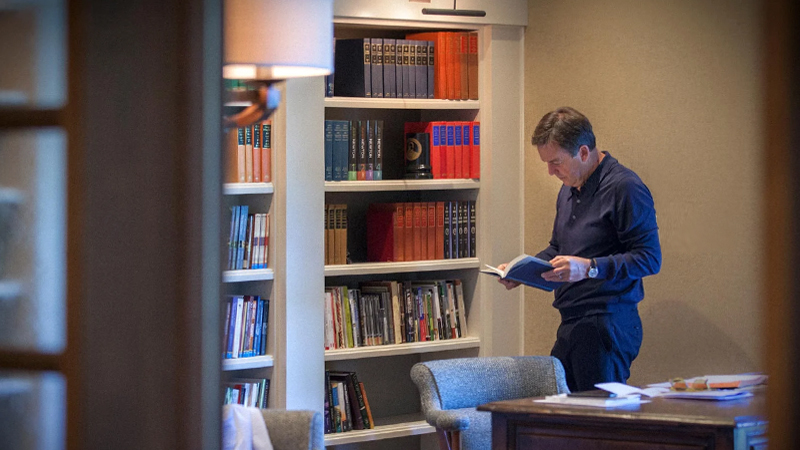 I have recently been rereading Surprised by Joy, which records the shape of C. S. Lewis’s early life. The front cover of my edition has a subtitle: A remarkably frank and beguiling account of a conversion.

Towards the end of the book, he writes, “The things I assert most vigorously are those that I resisted long and accepted late.”

It made me think of the conversion of Saul of Tarsus. We’re introduced to him on the day that Stephen became the first Christian martyr. Luke tells us that the executioners laid their coats at the feet of a young man named Saul, who approved of Stephen’s execution. Saul then continued ravaging the church, entering house after house, dragging off men and women and committing them to prison.

This is the same man who in writing to the Philippians declared, “For me to live is Christ, and to die is gain.” How do we account for the radical change in his life? The short answer is that he had a life-changing encounter with Jesus. He realized that the Messiah who had suffered was the risen Lord.

Outside of the resurrection itself, the conversion of Saul of Tarsus is perhaps the strongest apologetic for the Christian Gospel. While his story is unique, there are elements that are true of every genuine conversion. First, he had an entirely new view of Jesus. Instead of rejecting His claims, Saul declared Him Lord. Secondly, his view of the followers of Jesus was radically changed. Instead of hounding them to death, he joined them in worship. And thirdly, he no longer took pride in his position and achievements, because he now understood God’s mercy—so much so that he referred to himself as the chief of sinners.

We might say that Saul’s world was turned upside down, which means that it was turned the right way up. These elements will be part of the story of everyone who is truly converted. In the words of Newton, they declare, “I once was lost but now am found, was blind but now I see.”

When the Easter story takes hold of our lives, we realize that Jesus paid a debt He didn’t owe because we owed a debt we cannot pay. We’re able to say that because He lives, we shall live also.

As we continue to live in a culture that is increasingly confused and struggles to make sense of the Gospel story, let us renew our prayerful commitment to live lives of joyful endurance and in doing so make the good news attractive.

I thank each of you for the letters of encouragement, guidance, and correction. (I do pay attention.) I would be unable to do what I have been called to do without your fellowship. I write on behalf of the entire team when I say that we rejoice with you and seek also to enter into your sadnesses as you share them with us.

The materials this month are, as always, of great benefit. The book Alive: How the Resurrection of Christ Changes Everything explores the historical and biblical evidence for the truth of the resurrection. It’s a helpful book to share with a skeptical friend. Also, this month we’re recommending Nancy Guthrie’s new book, God Does His Best Work with Empty. She encourages us to trust that God will fill us with hope and joy, even when we’re discouraged. I hope you’ll add both of these books to your library.